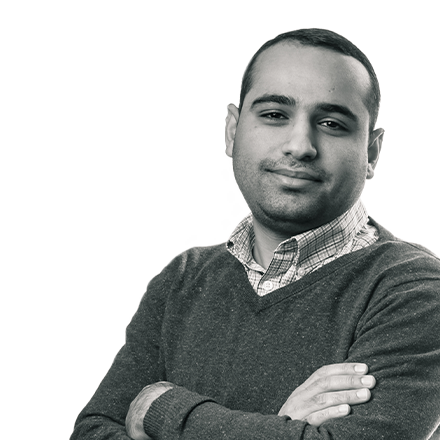 The Biden administration’s Iran policy and whether the US will return to the Joint Comprehensive Plan of Action (JCPOA) is being seen as a key part of its foreign policy agenda for the Middle East region, along with the not unconnected issue of how it will treat its longstanding ally Saudi Arabia1.

While Iran and the US are currently circling each other – neither committing to talks nor ruling them out – playing as much to domestic audiences as each other, our baseline scenario is that the JCPOA will be reinstated in some form, allowing sanctions to be eased and limited foreign investment activity to resume. This seems to be borne out by the recent interest in our Iran data online and via client requests.

But what are the key sectors that investors are likely to target, and what are the risks they will encounter? The easy answer would be to assume they are more or less the same as when they last looked in 2018, but there have been some shifts in both the economic and political climate which should be factored into any analysis.

Automotive
The automotive sector should remain attractive for international investors, suffering as it does from chronic underinvestment but with a huge potential market (Iran has a population of more than 80 million). The 2016-18 period saw significant interest and activity from a number of European car manufacturers, especially from France; Saipa Automobile Manufacturing Iranian Company (SAIPA) had several contracts with Renault and plans had been drawn up for a manufacturing site in the country, which fell through due to the reimposition of sanctions. Peugeot was also linked to Iran Khodro Company and were reportedly in talks to manufacture localised versions of several of its products in Iran. Since then we know that Iranian car manufacturers have tried to find replacement partners, notably with Chinese companies, so it remains to be seen whether European (and perhaps other Asian) competitors can re-establish their foothold in the market.

Oil and gas
Oil and gas will remain Iran’s principal source of revenue for some time to come, despite a collapse in global demand during the Covid-19 pandemic and an accelerating trend towards renewables and nuclear in other markets. Iran’s oil reserves are ranked fourth in the world, however its production is lagging at seventh globally given it can currently only sell 20% of its production due to sanctions. The question is whether international companies such as French major Total will continue to see the business case for investing in the country’s oil infrastructure in the new norm of low oil prices. Perhaps more hopeful is the outlook for Iran’s huge natural gas reserves which have already attracted interest from a range of international investors. The additional dynamic here is that several of the gas fields are shared with neighbouring countries, not least Qatar which has in the last few months patched up its differences with the rest of the GCC, albeit while reserving its right to chart an independent political course. Nonetheless, with natural gas viewed more favourably in environmental terms than oil, and with more discoveries expected, natural gas will continue to be attractive to foreign investors once the market opens up.

Healthcare
Although the Iranian healthcare industry has been exempted from sanctions for some time, the majority of European companies have avoided doing business there due to the overwhelming practical difficulties of operating in the country without breaching any US sanctions. The fact remains that Iran’s large population remains in urgent need of many pharmaceutical products and medical devices, and for a country also battling the highest number of Covid cases in the region, there is an increasing awareness that vaccination is a global (rather than single country) responsibility. High on President Biden’s agenda is whether to authorise the USD 5bn loan that Iran has requested from the IMF to help fight the coronavirus, which itself may be a prelude to reinstating the JCPOA. For all these reasons, we expect to see growing interest in Iran’s healthcare market in the coming months and years, as we have written elsewhere2.

Risks
If the US were to re-join the JCPOA, it is clear that (as before) not all sanctions would be lifted – specifically those relating to the Islamic Revolutionary Guard Corps (IRGC), which former president Trump designated as a terrorist group. The IRGC plays a significant role in Iran’s economy and dominates some sectors, if only at an indirect ownership level, so a key risk for incoming investors is to identify and avoid partners, suppliers and projects that are managed or ultimately owned by the IRGC. Between 2016-18 efforts were made by Iran’s moderate president Rouhani to marginalise the IRGC’s role, a move resisted by the country’s hardliners at the time and now thrown into disarray by the US decision to assassinate its iconic general Qasem Soleimani in January 2020. And so political risk is the other major change in dynamic; presidential elections in Iran are due in June this year, and hardliners are expected to make a comeback. Unless, perhaps, demonstrable progress can be made with the JCPOA and the re-integration of Iran into the global economy. Much is at stake.