Bonyads (charitable foundations) are at the centre of Iran’s informal social welfare system. They are significant to Iranians, particularly the retired and war-wounded, as providers of social support. However, they are of further significance, both inside and outside the country, as major players in the Iranian economy. Bonyads may even account for some 30-40% of Iranian GDP. The bonyad-e taavon-e sepah (also known as the IRGC Cooperative Foundation) will be of specific interest to those looking to do business in Iran, as it is still an EU sanctioned entity.

The largest of Iran’s bonyads, along with the IRGC Cooperative Foundation, are the (bonyad-e mostazafan-e enqelab-e islami), the Astan-e Qods-e Razavi Organisation (sazman-e astan-e qods-e razavi) and the Martyrs Foundation (bonyad-e shahid). All three of these foundations are, in one way or another, ultimately under government control, all beginning life as government-funded charitable entities. The Mostazafan Foundation was founded in 1979, as a post-revolutionary reincarnation of the Pahlavi Foundation. The Martyrs Foundation, in the hands of the Supreme Leader, was founded to provide for those injured, and the families of those killed, in the Iran-Iraq war. The Astan-e Qods-e Razavi, has a much longer history, being based at the shrine of Imam Reza in Mashhad, and funded by its endowment.

However, such organisations do not fill solely charitable roles, but also have an increasing focus on business and commercial activities. The Mostazafan Foundation, for example, now has control of over 20 holding companies and around 200 companies in total, with an estimated worth of $20 billion. Just a quick glance at the companies it owns demonstrates just how vast its involvement in the economy is – it owns Zam Zam (the country’s largest provider of soft drinks), a number of upscale hotels, various producers of chemicals and metals and a shipping company. 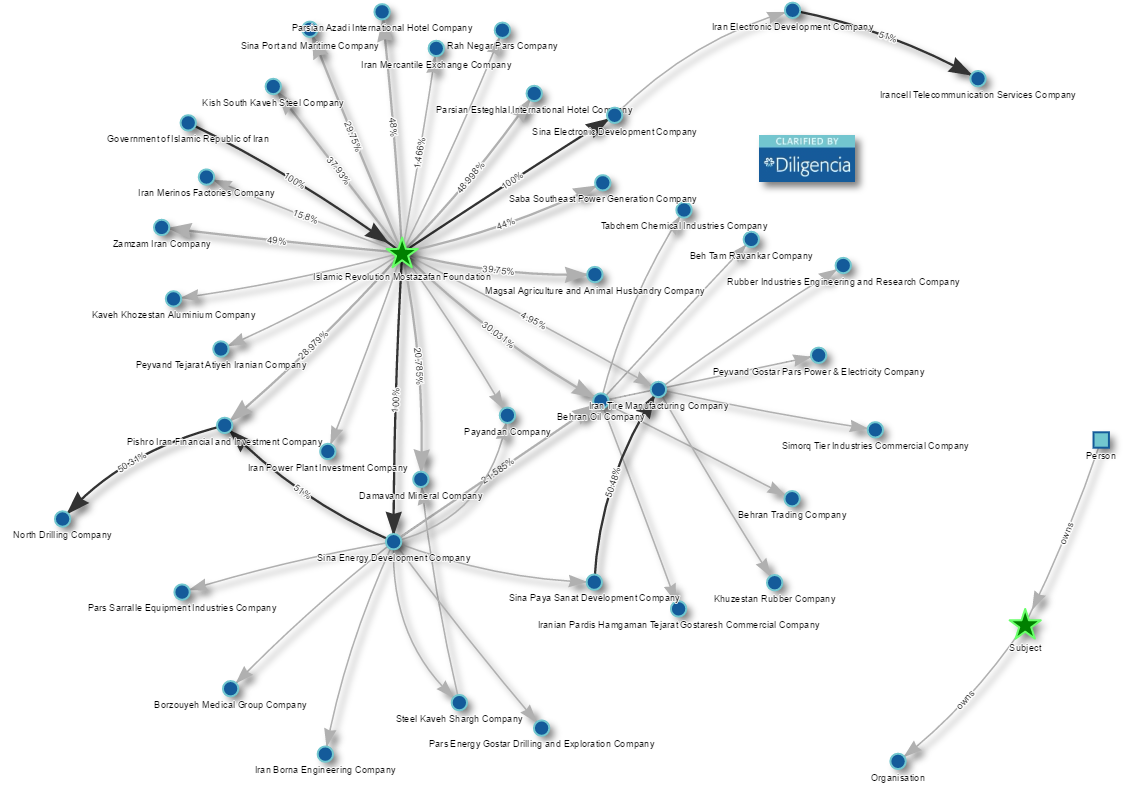