In 1908, Winston Churchill called Uganda “the pearl of Africa” in his book ‘My African Journey’, after visiting the country in 1907. Located in central-east Africa on the shores of Lake Victoria, Uganda is blessed with abundant resources, incredible biodiversity and varied geography spanning from snow-capped mountains to tropical rainforest.

The African Development Bank (AFDB) forecast real GDP to grow 5.7% in 2020, growth supported by recent discoveries of oil and gas and a thriving mining sector operating in gold, copper and various other minerals across the country. However, Uganda’s riches extend beyond its natural resources and beauty. Analysis of Uganda’s top businesspeople reveals that their wealth has been the result of business pursuits unrelated to natural resources.

According to the Forbes rich list, these are some of the Ugandan business heavyweights to keep an eye on: 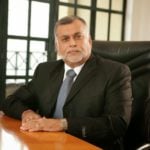 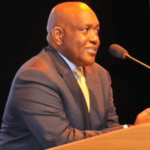 2. Charles Mbire
Charles Michael Mbire is chairman of the Uganda Securities Exchange and MTN Uganda Ltd. After graduating from the Universities of Essex and Leicester, Mr. Mbire went on to become a successful businessman in Uganda with interests in Sunco Ltd and Bomi Holdings Ltd. 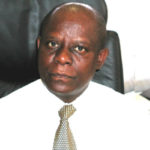 3. Gordon Wavamunno
Gordon Babala Kasibante Wavamunno is is the entrepreneurial force behind Spear Motors Ltd, which was founded in 1974. Spear Motors is Uganda’s official distributor of Mercedes-Benz, Fuso, Jeep and Fiat automobiles. Beyond automobiles, this entrepreneur is invested in GM Tumpeco Ltd, a distributor of household and outdoor products specialising in steel components and items such as number plates. 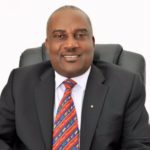 5. Emmanuel Katongole
Emmanuel Katongole is executive chairman and co-founder of Cipla Quality Chemicals Industries Ltd, which was established in 1997. The company initially specialised in the import of pharmaceutical drugs from India and later became the only sub-Saharan company authorised by the South African Health Products Regulatory Authority (SAHPRA) to manufacture triple combination antiretroviral drugs. Mr Katongole is also a shareholder of Vero Food Industries Ltd and Tinosoft Ltd. 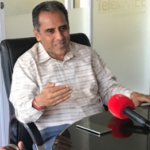 6. Mukesh Shukla
Mukesh Shukla grew his business empire after inheriting his family’s aluminium kitchenware firm and, in 1998, Mr. Shukla established the SHUMUK Group of Companies. The oldest of the SHUMUK Group of Companies is Shumuk Aluminium Industries (SAI) Ltd (established in 1988). Since then the Group has diversified and expanded into foreign exchange, investment, distribution, property and dairy farming.