The Saudi corruption purge in 5 charts and tables

Mohammed bin Salman’s crackdown on corruption briefly reappeared on the radar of international media outlets this week with the news that Prince Muteb bin Abdullah, previously head of the Saudi national guard, had been released and that the Riyadh Ritz (pictured) had re-opened after being used as a luxury prison for those detainees with a high public profile. The story is far from over however, and we expect this to be amongst the first of many accommodations reached with the anti-corruption committee.

Using data from our proprietary online platform ClarifiedBy.com, we have generated five tables and charts which shine a light on the corporate profiles and connections of the highest profile detainees.

Figure 1 – names and connections
At ClarifiedBy.com we rate individuals by the number of connections they have, meaning directorships, corporate shareholdings and official positions. This is how our detainees stack up: 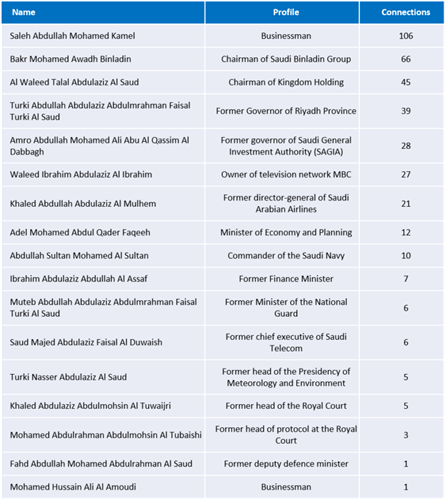 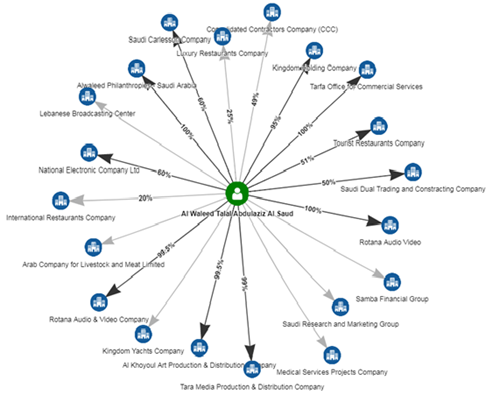 Figure 3 – three degrees of separation
Using our proprietary software designed to establish connections between companies or individuals, we found that many of these individuals were linked to each other via shared or indirect corporate interests. For example, there is a mere three degrees of separation between Bakr Binladin and Waleed Al Ibrahim: 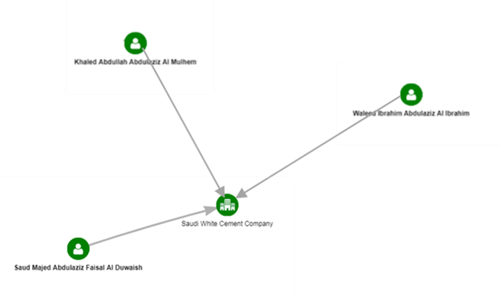 Figure 5 – most common sectors
From the combined 290 companies and organisations associated with our list of 17 detainees, we were able to group them together into sectors: 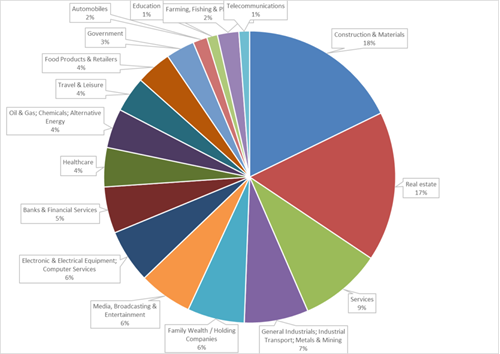